Yesterday, the New Jersey pension committee released a report proposing an overhaul of New Jersey’s pension and healthcare benefits. Although there are disconcerting aspects for existing workers that need to be addressed, unlike most reform proposals, the changes look promising for new teachers. Three big pension proposals that impact teachers from the report to highlight:

Typically, pension reforms whittle down benefits to meagre levels without regard to effects on human capital, especially new hires. In New Jersey, a “non-forfeitable rights” statute protects existing workers from cuts. Meanwhile, any reform cuts have been issued solely to new tiers of teachers while benefits for existing workers, compounding existing inequities in the current system. New tiers essentially subsidize the benefits for past tiers in what the commission calls an “upside down wedding cake” system: multiple tiers of existing workers with protected benefits on top of a few tiers of newer workers who bear the brunt of the cuts. 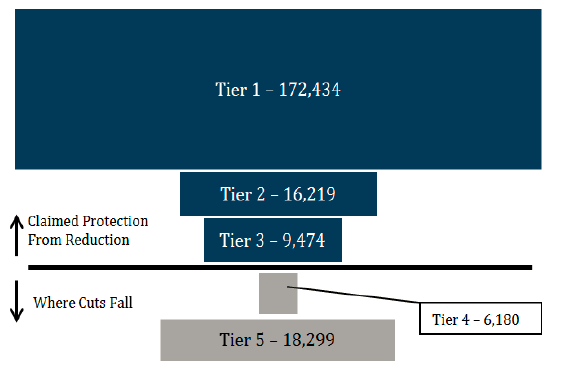 While there are only a few winners and a much larger pool of losers in the current system, a cash balance plan would allow more teachers to gain secure retirement benefits from the onset of their careers. And while the decision to place existing workers into the plan and likewise the proposal to transfer oversight to unions rests on much shakier ground and likely to be challenged, the changes for new workers, if implemented well, could mean significantly better benefits for many of New Jersey’s teachers. After a history of pension missteps, New Jersey may be moving in the right direction.