What Does It Take to Reform Teacher Pensions? An Interview with Former Utah State Senator Dan Liljenquist

Pensions are complicated. Here at TeacherPensions.org, we try to break down those issues and make pensions more understandable for teachers, policymakers, and the general public. There are other groups doing great work on the pension issue as well, and yet myths persist and actual policy successes are still too rare.

A new organization called the Retirement Security Initiaitve (RSI) is trying to break that logjam. To learn more about their work, I spoke with Dan Liljenquist, a member of RSI's Board of Directors, and a former Utah State Senator who helped steer groundbreaking pension reform through his state's legislature. What follows is a lightly edited transcript of our conversation:

Aldeman: Can you tell us a little bit about yourself and how you came to work on the pension issue? 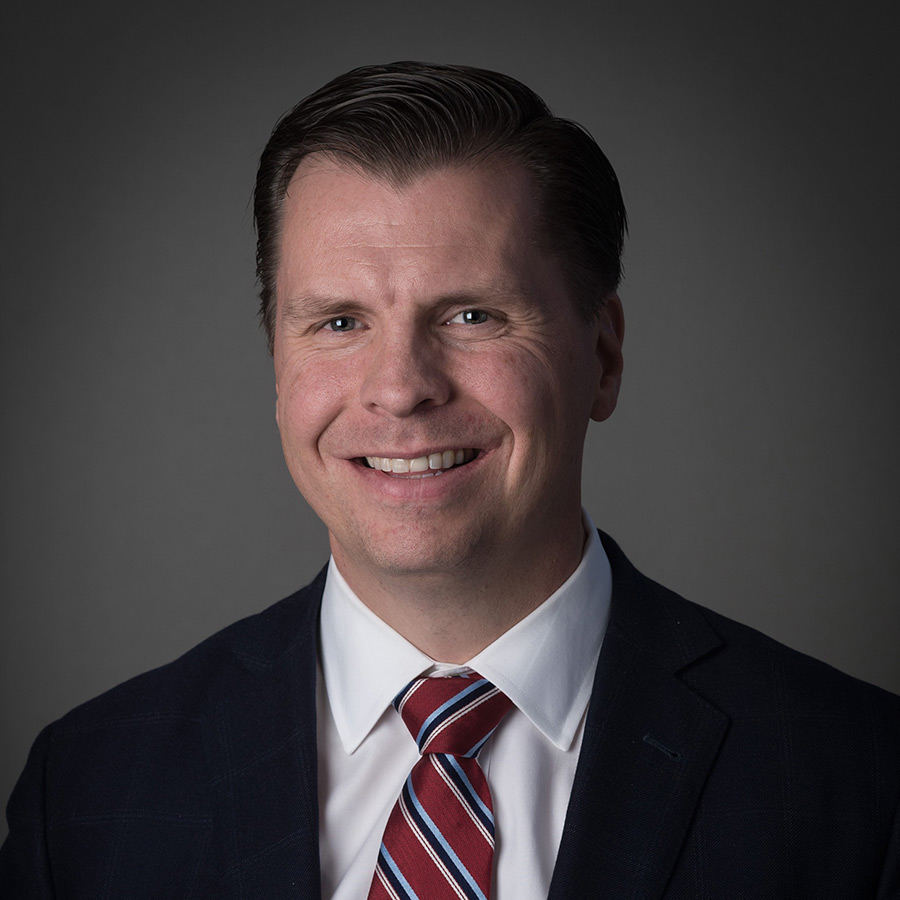 Liljenquist: Well, I was elected to the Utah State Senate in 2008 and when I met with the Senate President that day, he gave me an assignment to serve as the chairman on the retirement committ

ee with what, at the time, he felt were comforting words. He said, “Don’t worry, nothing ever happens over there.” I took office right at the bottom of the 2008-9 financial crash, and all of a sudden we had a major pension issue on our hands.

Utah has always done the right thing with its pension system. We fully funded it every year. We set pretty reasonable benefits. But one year’s worth of market losses blew a 30 percent hole in our fund. We realized that paying off those losses would be the equivalent of taking 8,000 school teachers out of their classrooms for 25 years to pay off one’s year worth of market losses. We knew we had a system that needed to be reformed.

I got involved in the State Senate as the Chairman of that committee, and in 2010 we ran reforms that moved all new employees into a retirement contribution style plan that capped the liabilities to the state moving forward but also still provided adequate retirement security to the new employees.

Can you say more about that last part? There are a lot of critiques about defined contribution plans. What steps did you take to provide retirement security for all workers?

From a state perspective, this allowed us to cap the liability for state taxpayers while letting workers choose a benefit structure.

Can you tell us about your new work with the Retirement Security Initiative? What do you hope to accomplish?

We realized there are a lot of people out there doing really great work on the 501(c)(3) side educating people about the pension issue. In fact, we see better analysis and better understanding of pension-related issues than ever before. But what we realized is that there’s a gap between having the analysis and actually getting reforms passed. It’s a very complex issue, and it’s very difficult for policymakers to move forward. They have to not only piece together all of the information and make sure they have the relevant facts and policy levers to craft solutions that work for their jurisdiction, but it’s also it’s very difficult to move this issue forward when opponents of these types of reforms scare people and say that reforms will damage individuals and the retirement of current employees and retirees.

So typically it’s very difficult for a legislator to do this on their own. I learned that personally, it was exceptionally difficult for me to do and I had almost no support. So with the Retirement Security Initiative, we created a 501(c)(4) organization to address this need. We are an issue advocacy organization, and we have three main goals.

One, we want to make sure that retirement systems meet every penny of the commitments they’ve made to current employees and retirees. This means that they need to fully fund their pension plan, they have to adopt good governance, and that the legislature is committed to meeting all of the commitments they have made to current employees and retirees. We want to make sure people get the pensions they deserve.

Two, we advocate new systems for new workers that are predictable in their costs and sustainable in the long term. One of the challenges with defined benefit systems as they’re currently constituted is they must try to make 60- or 70-year projections about how long people will live and how the stock market will do, and invariably those assessments tend to be too rosy in the out years. That means governments don’t pay as much today as they should. We’re interested in plans that are more sustainable and that ensure benefits are fully funded as promises are made, rather than back-loading costs.

Three, those new plans should provide adequate retirement security to new workers. It would do no good to eviscerate retirement for new workers in order to solve the budget problems of today. We want to make sure that any new plan puts in sufficient resources to ensure that workers can get to 60-70 percent income replacement by the time they reach retirement.

So, in short, we want to make sure plans meet their current commitments, new workers are put in more sustainable plans, and that those new plans provide adequate retirement security.

I’d love to drill down a little bit on this distinction between protecting the benefits for existing workers and retirees versus creating new plans for new workers. How do you think about communicating that nuance to legislators or the general public?

I think there’s a tendency to blame plan participants for accepting the current defined benefit plans. That is absolutely irresponsible to do in my opinion, because plan members took a deal that [state and local governments] offered them. That’s why I think the first priority is the commitment to current retirees and employees. Policymakers may not like that deal, but it’s the deal that’s been offered and accepted. If it ended up being a good deal for the workers, why should we be upset that somebody took a good deal that was offered to them?

Now, there’s some concern that the benefits for new workers are not rich enough and they’ll face significant hardship. We found that not necessarily to be the case. Obviously there’s going to be a transition period, but in many cases we’re actually advocating a little bit more money into retirement to avoid the long-term risk down the road. And so I think there’s when you look at the new plan you have to make sure that that new plan is independently analyzed and really look at the longevity of your employees, how much money you need to put away, what’s a reasonable return you can expect on those investments, and then kind of back in to what you need to contribute to get to a 60-70 percent replacement rate. That is standard actuarial science.

One of the things that traditional defined benefit plans have struggled to do is to keep up with the needs of new workers, and portability is one of those needs. In order to lower the cost of the plans, some plans have a 10-year vesting requirement. That means if you leave before 10 years, you get nothing. Particularly in the education space, states have tried to keep costs low for career workers, but in the process they hurt new workers or short-term workers, people who come in and teach for a few years and then move on to something else. In designing new plans, states can actually repair some of those inequities of the old-time benefit plans. It’s about understanding the various levers and understanding what your policy objectives are. Typically policymakers want more predictable retirement costs and want more portability to meet the needs of the new workforces. Those two priorities help frame reform efforts and guide policymakers to an acceptable solution.

Can you talk a little bit about how you will approach the work and what you think might be the biggest challenges?

Our approach at the Retirement Security Initiative is to work directly with legislative leaders who are interested in this subject. We work to make sure they are connected with various 501(c)(3) organizations out there doing pension work, such as the Pew Charitable Trust, the Reason Foundation, and others, to make sure they have the analytical resources to analyze different options and to understand different policy levers and how other states have used those levers. Occasionally we will express our own principles in relation to certain aspects as legislation gets drafted, but our main goal is to help legislators move legislation and get it done. We typically work with lobbyists in each state and make ourselves available to help policymakers talk about pension reform in a way that brings people along instead of polarizing people on the issue.

And do you see any bright spots out in the field? You can point to your own work in Utah, but are there other places you would point to for future legislators who might be interested in tackling this work?

One day, everybody is going to have to deal with this issue. I’ve been working on this issue for six years, and I’ve been encouraged that, as more and more data comes out, I see more and more interest in doing something meaningful. Part of that is the financial crisis really strained state and local budgets around the country, and if things get worse, some of these governments are going to be hard-pressed to continue to operate and meet their commitments. The sense of urgency has risen quite a bit. That’s the first step, you have to have a sense of urgency to do something.

I’ve also been encouraged by the major reforms over the last couple years in Utah, Kansas, Rhode Island, Kentucky, and Oklahoma. Pennsylvania is on the verge of reform, and Arizona passed a major reform for its public safety workers earlier this year with the direct participation of its police and fire union, so I’m encouraged that people are ready for reform. Again, when you explain that the objective is to help state and local governments keep their commitments to workers and retirees, it becomes an issue that everybody should be able to get behind.

What would be your first word of advice to a legislator who is interested in taking up this issue or learning more?

The first step is to learn your own system. There is no one-size-fits-all reform. Every need is different. Every state and city is different. And every state and city comes from a different governance angle. Workforce needs are different. Competitive marketplaces are different. So I recommend understanding your own system and how it’s working. There are a lot of great resources out there on specific states and external support to do targeted actuarial analyses on specific plans. You have to understand what the problem is before you come up with the solution.

Perhaps the most important message is reality is not negotiable. One day, every state will have to address this issue, and the earlier they address it, the more options they will have. Groups like the Retirement Security Initiative are here to help.