Talking Teaching and Retirement with a 35-year Veteran Teacher 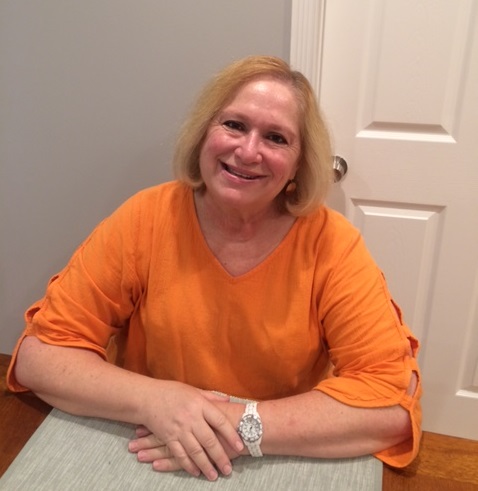 Shirley Ben-Ami was a teacher for nearly 35 years. She taught fourteen and half years in the New York City Public Schools and spent the last 20 years in Montgomery County, Maryland. She mostly taught English in middle schools. Her favorite thing about teaching was the relationships she formed with her students. She retired just a few months ago. In the interest of full disclosure, Shirley is my fiancé’s mother.  I began talking with her about teacher pensions after I started working at Bellwether a few months ago.

The following is a lightly edited transcript of a recent conversation.

Max: Before we talk about your experiences retiring from teaching, I’d like to hear a bit about what got you into the profession in the first place.

Shirley: Well, it’s a little bit embarrassing, but I originally didn’t do it out of any passion. I was an English literature major at NYU, and I couldn’t decide what I wanted to do with my life. It was 1971, and I had a few acquaintances who were going to law school, but I didn’t know any women going to medical school. It seemed to me in that day and age, women went to college to get a job for a few years, maybe in publishing, and then they got married.

Although it was the start of women’s lib, I still thought that marrying someone, having a beautiful home, and not having to worry about money was what I wanted. Even though intellectually women’s lib resonated with me, it was still somewhat new. It wasn’t something that I thought much about: Why don’t I go to law school? Why don’t I get an MBA? In fact, when I was in high school, the predominant pathway for women was to go to college and then on to secretarial school, such a as Katherine Gibbs, a well-known secretarial school for college grads. And then get a job as someone’s executive assistant.

So I decided that I better get an education degree since I needed to do something. I took all the courses and I took all the tests, but there weren’t any teaching jobs available in Manhattan at that time.  So in the meantime, I got a job at Lord and Taylor as an assistant buyer. It sounded exotic to me, even though it was entry level. I made $7,000 a year. While I was there, I found out that the men in my position were making around $1,500 more. And at that low salary, that’s a huge difference! This really hit home for me. It was the first that I can really recall thinking about being a woman in the workplace. I went into the manager’s office and asked him about the gender pay gap. He replied, in a very nice way, as though it made sense, “You know, men have families that they have to support.” He didn’t think that was outrageous. I thought it was unfair, but I guess I accepted it as how things were.

I started trying to get jobs as a substitute teacher. Every time I found one, I would call-in sick to Lord and Taylor since I couldn’t afford to quit. I was asked to work at the same school quite a lot, so I got to know and become friends with the teachers and administrators. Eventually I got a job there. This took about a year in total. My first job was at Junior High School 56 teaching science since they didn’t have any English positions. I switched to English after about a year and a half.

Max: When you moved to Maryland, did you think much about your retirement or what to do with the money in your pension?

Shirley: When I left New York retirement didn’t enter into my thinking at all. I was moving to get married. I was 38 years old and I had previously decided that getting married and having a family wasn’t going to happen to me. So falling in love and having a family – he already had three children – was very appealing to me. (Editor’s note: New York City raised the vesting period from 5 years to 10 years in 2009).

No one at my school in New York City was really talking or thinking about retirement. The question only sort of came up during my last year—should we invest a few bucks with Fidelity or buy 20-year bonds? Interest rates were really high at the time so some teachers decided to put a little money away.

But since I was moving to Maryland for a new life, I gave it up and withdrew what little money there was in my pension fund. There was no question in my mind that I was doing the right thing. Not one of my friends said, you know you should keep the money in the pension or try to roll it over into another kind of account.  It just really wasn’t on people’s radar. Most of us didn’t think about retirement, or what was going to happen in 30 years. Now I realize that was foolish on my part.

These days it seems like younger people do think more about retirement. It’s probably thanks in large part to their parents because we can see what a difference it would have made had we started saving when we were younger. You are all so much wiser than I was at your age.

Max: So now you’re living in Maryland, you have three kids from your husband’s previous marriage and quickly two of your own children. How did you handle your retirement then?

Shirley: I still didn’t think all that much about it at first. I had always heard that Maryland had a poor pension system—at least when I started in 1996. But then I got divorced, I didn’t have any savings, and I was on a single income without any child support.

It was a huge wake-up call.

I knew then that I had to put away as much money as I could. I went into HR, signed all of the papers for their 403b option. At the time the maximum I could contribute was around $10,000 per year. I always signed up for the max. Since I was putting away as much as possible, the fund has grown quite nicely even though it has only been 20 years. At 46 years old, retirement didn’t seem all that far off.

I wouldn’t be able to retire on my pension alone. In fact, the 403b is actually worth more per month than the pension. I’m just so fortunate that I had my mother, who helped financially; otherwise I don’t think I would have been able to save enough for retirement and support my family.

Max: You taught for over 30 years and yet, your pension alone is insufficient to retire on. That’s kind of incredible. What would you change about teacher pensions so that they can better serve teachers?

Shirley: I’m not really qualified to answer that. Is it fair to say that health insurance costs, even with Medicare, are just so much of a burden? Now that I’m making less money, I have to pay so much more for my insurance. I am participating in the Montgomery County health insurance plan, but the retiree has to carry a lot more of the burden.

I also think that – since you mentioned that a lot teachers don’t have the option of a 403b plan – that districts should provide teachers with that option. As I said, I couldn’t retire without it so I imagine other teachers would benefit from it as well.

Finally, I think that teachers should be able to take their pensions with them. It’s kind of absurd that I’m effectively paying a penalty for working, and for a long time, in two different states. People move and that shouldn’t cost teachers money.

Max: What do you wish you’d known about pensions when you were teaching?

Shirley: I can’t tell you how much I wish I could go back and realize that retirement age comes sooner than you expect. And it’s insane the way I just didn’t think about what my future would be like when I was young. It seemed so far in the distance that I couldn’t see that clearly that far off. I wish I had known more about teacher pensions. I also wish I knew then that I couldn’t bring my pension with me when I moved to Maryland. Keeping two different pensions means less money In the long run. With that in mind, I would have started to contribute to a 403b so much earlier.

Max: What advice do you have for new and current teachers?

Shirley: Contribute everything you can from the first day! Retirement comes so much sooner than you think. And make sure that you know your state’s vesting rules so that you can be sure to keep all the money that was contributed on your behalf to the pension fund.