How Do Rising Pension Costs Affect Teacher Salaries? An Interview With Cory Koedel 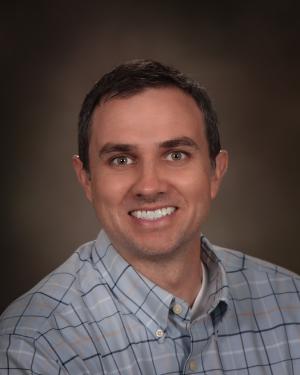 How do the rising costs of pensions affect other aspects of our education system? It’s relatively easy to point to simultaneous trends—for example, teacher salaries have been flat as pension costs have risen in recent years, and districts report that rising pension costs are leading them to cut back on other essential services.

It’s much harder to draw a causal connection between fluctuations in pension costs and changes in the broader education system. There are a number of factors influencing school district budgeting decisions, and pensions are only one of many competing priorities.

However, a new study from Dongwoo Kim, Cory Koedel, and P. Brett Xiang attempts to disentangle these effects. I spoke with Koedel about their results. What follows is a lightly edited transcript of our conversation:

Aldeman: First, can you give a brief background on the paper. What questions were you trying to address?

Koedel: The paper is about where the money for pensions comes from. Pension costs have gone up a lot in recent years and following where that money is actually coming from is not easy. It’s not clear who is actually paying for the rising pension costs.

The purpose of our paper was to try to figure out one piece of that question. If some of the money to pay for pensions is coming out of teacher salaries (or not), that should be part of the political discourse about teacher pay and the teacher strikes that have been popping up.

For those who are unfamiliar with pensions, can you talk about how much teacher pensions cost and how that’s changed over time?

Pension costs have gone up pretty continuously since the turn of the century. Our data covers the years 2001 to 2015. During that time, the average annual required contribution went from about 12 to 22 percent of teacher salary. Our sample does not include all the states in the early years, but that’s a roughly accurate representation of the increase in costs nationwide.

Plus, benefits are tied to salaries, so there’s a natural connection in the way that pension plans are funded and overall salary levels.

One thing you note in the paper is that pension costs are rising due to unfunded liabilities, not because benefit costs are increasing. Is that correct?

That’s right. The value of benefits is not increasing. The cost increases are predominantly from unfunded liabilities. I can’t say for certain that no state has improved benefits recently—though I don’t know of any—but a lot of states have reduced benefits. Of course, the benefit reductions only apply to new hires, so they take a while to phase in. But the bottom line is that benefits are not improving even as costs are rising.

What did you find? How are costs related to teacher salary expenditures?

We measured total teacher salary expenditures. You can think of teacher salaries as either going up on the extensive margin by expanding the number of employees, or on the intensive margin by raising the pay of the staff you already have. Our main analysis is inclusive of both of these margins. We are looking at the total salary bill and how that is influenced by changes in pension costs.

Prior to the Great Recession, we don’t find a relationship between pension cost fluctuations and salaries. It seems like these two aspects of compensation were acting independently.

However, since the Great Recession we do find an effect. Every 1 percent increase in the annual pension contribution has led to a reduction in total salary expenditures of .24 percent, on average.

We do our best to disentangle how salary expenditures are affected and the decrease seems to be driven by staff reductions (which could also include foregone staff expansions that would have happened in the absence of rising pension costs). Put another way, we don’t see average salaries going down. But we do see the total salary expenditure bill going down.

Can you hypothesize about why rising pension costs might hit staffing levels more than they would average salaries?

I’m totally speculating here because our analysis can’t speak to this directly. But there are mechanisms to help explain our results. It could be that in district negotiations with labor groups, it’s harder to negotiate salary reductions. I should be clear that a salary reduction here does not necessarily mean an outright cut in pay. We would detect an effect even if salaries were held flat or simply did not keep up with the increases that would have happened in the absence of rising pension costs. But we don’t see any movement on the average salary side, so a reasonable hypothesis is that labor negotiations are such that salaries are relatively protected, especially in contrast to decisions over staffing levels, and that’s where the cutbacks are happening. Districts have to pay for the pension costs somehow, and it seems like that’s the decision they are making.

Do you have any final thoughts or lessons for policymakers?

Our results point to something intuitive. Pension costs are going up fast, and we did find at least part of how they’re being paid for. That is, pension costs are leading to cuts in services in the form of reductions to the size of the teacher workforce.

My hope is that this will spark more interest in pensions from the education community. In the past, pension costs didn’t really affect this aspect of spending, but the world seems to have changed with the Great Recession. Pension costs are harming the bottom line in terms of delivering education services.