Barring a last-minute agreement, teachers in Los Angeles Unified School District (LAUSD) plan to go out on strike beginning Thursday. There are a number of factors driving the impasse, including fights over base salaries, class sizes, and charter schools, but one factor that's getting less attention is how much the district is spending on benefits for its employees. 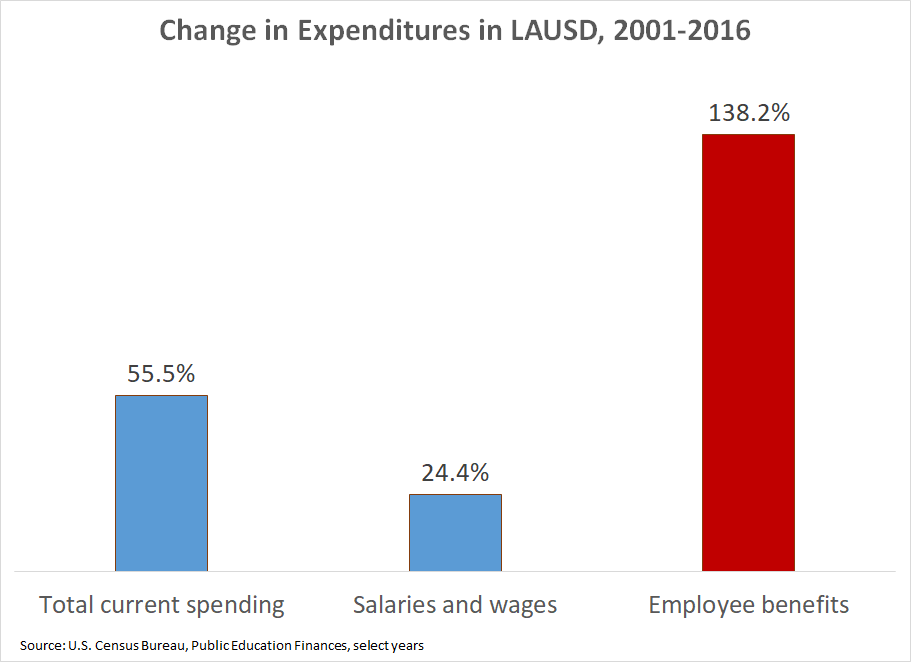 LAUSD is an extreme example, but this situation is playing out across the country. More and more of our nation's education spending is going toward benefit costs, due to significant increases in pension and healthcare costs.

Another way to slice the same data is to look at the percentage of our education budgets that are being spent on the salaries and wages of teachers who work in instructional roles. Again, the national trend is not positive, and LAUSD is no exception. In 2001, L.A. devoted 44 percent of its budget to teacher salaries and wages; by 2016, that figure had fallen to 33.5 percent. 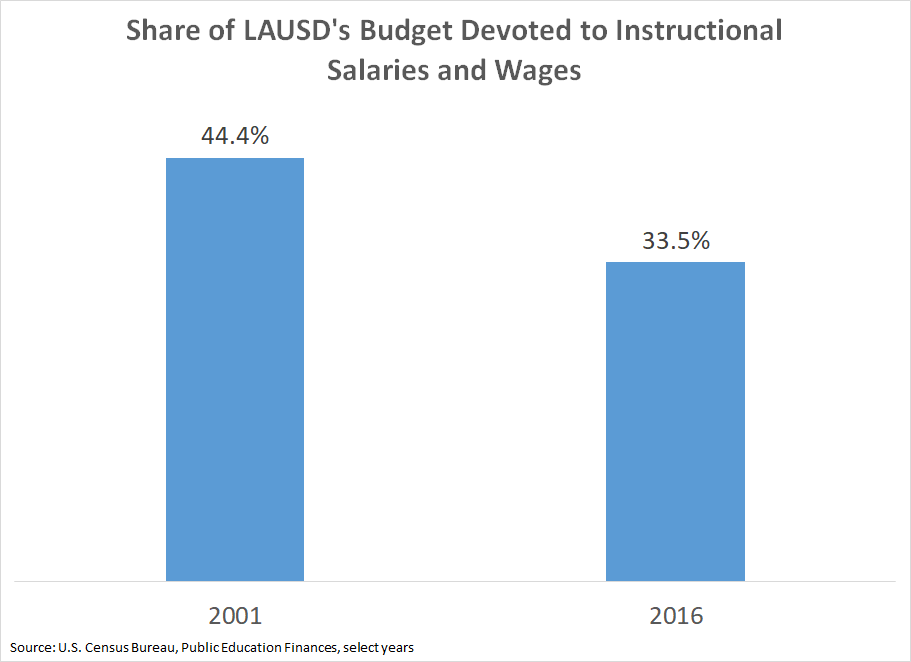 As mentioned above, rising pension and healthcare costs are squeezing school districts' discretionary budgets and taking away dollars that could otherwise go toward hiring more teachers or paying them more money. These trends are still accelerating. In California, for example, the state has been ratcheting up employee contribution rates toward the state pension plans, CalSTRS and CalPERS, and rates will continue to rise through at least 2021.

LAUSD has also created its own problems locally. At one point, the district promised free medical, dental, and vision coverage to all retirees with at least five years of service, and their spouses. It has gradually limited who is eligible for those benefits, but the district still doesn't require any retiree contributions toward those health care benefits. This year alone, LAUSD will spend $314 million on those benefits, which is the equivalent of more than $500 per pupil or $12,500 per teacher. Those costs are project to rise significantly over time.

In fact, the long-term budget outlook in Los Angeles looks particularly depressing. As I wrote about last year, the district projects to spend more than half of its budget on healthcare and pension benefits by the 2031-32 school year: 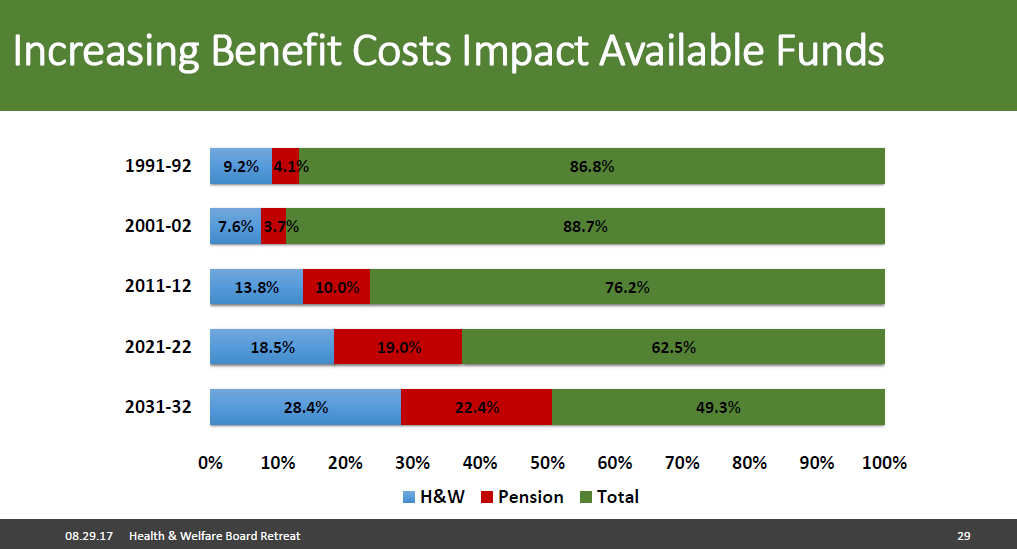 None of these trends are positive, and in fact most of the cost increases will be used to pay for the unfunded promises of the past, not for any new benefits for current or future workers. As you follow the news of the pending teacher strike this week, consider how L.A. got in this situation and whether any of the solutions on the table will make a dent in these long-term trends.