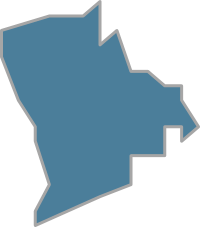 How Do Teacher Pensions Work in Rhode Island?

In Rhode Island, teachers are a part of the Employees' Retirement System of Rhode Island, which includes not only teachers but all state employees. The system was established in 1936.

Since 2012, teachers are enrolled in a hybrid retirement plan that combines elements of both a traditional defined benefit (DB) pension plan and a defined contribution (DC) plan. The DC plan functions like a traditional 401k-style plan in the private sector: the employee contributes a set percentage of their salary and the employer matches a portion each year.

The basic structure of the DB portion of Rhode Island's hybrid retirement plan is similar to that of other states. Unlike other retirement funds, a teacher’s contributions and those made on their behalf by the state or school district do not determine the value of the pension at retirement. Although those contributions are invested in the market, and often managed by private equity and hedge funds, a teacher’s pension wealth is not derived from the returns on those investments. Instead, it is determined by a formula based on their years of experience and final salary.

How Is The DB Portion of Rhode Island's Hybrid Plan Calculated?

Pension wealth is derived from a formula. The figure below illustrates how a teacher pension is calculated in Rhode Island. It is important to note, however, that the state assesses an educator’s final salary based on the average of their 5 highest years of salary. For example, a teacher who works for 25 years with a final average salary of $70,000 would be eligible for an annual pension benefit worth 25 percent of their final salary. But keep in mind the DB plan is only a portion of a teacher's retirement benefit under the state's hybrid plan.

Who Qualifies for a Benefit Under the Hybrid Plan?

Like most states, teachers need to serve a number of years before qualifying for a pension. Rhode Island has a 5 year vesting period for the DB portion of the hybrid plan. But even if a teacher vests in the DB portion of the plan, they cannot take the benefit with them if they leave the profession or the state. These benefits are not portable and cannot be combined with a retirement benefit plan from another state.

The DC component of the plan operates differently. First, teachers vest immediately for their own contributions. They vest for the employer contributions made on their behalf after 3 years. And unlike the DB element of the hybrid plan, these benefits are portable. A teacher may always bring the contributions they made to the plan with them to a new state or profession and combine them with a similar retirement savings plan. And after 3 years of service, they can take all of ther DC retirement wealth.

Which States Have the Best (and Worst) Teacher Retirement Plans?

January 6, 2019
See how much states are contributing toward teacher retirement benefits.
Read more

In Public Sector, the Spectre of 401k-Style Plans Is Overblown

May 1, 2014
Few states have adopted pure defined contribution plans, but there has been a recent increase in the number of non-traditional retirement plans, including hybrid plans that give employees more flexibility while reducing state financial burdens.
Read more