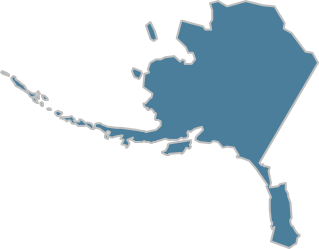 How Does Teacher Retirement Work in Alaska?

In Alaska, teachers are a part of the Alaska Teachers' Retirement System. The TRS is the state's oldest retirement system and was established when Alaska was still a territoy.

But unlike most states, new teachers in Alaska do not participate in a defined benefit (DB) pension plan. Instead, they are enrolled in the state's Defined Contribution (DC) Retirement Plan. The DC plan functions like a traditional 401k-style plan in the private sector: the employee contributes a set percentage of their salary and the employer matches a portion each year. This change took place in the summer of 2006, when Alaska closed its pension system to new hires.

Alaska's teacher pension plan, which applies to teachers hired before 2006, is structured similarly to the DB plans in other states. Unlike the DC plan, a teacher’s contributions and those made on their behalf by the state or school district do not determine the value of the pension at retirement. Although those contributions are invested in the market, and often managed by private equity and hedge funds, a teacher’s pension wealth is not derived from the returns on those investments. Instead, it is determined by a formula based on their years of experience and final salary.

Finally, most states, including Alaska, have adopted multiple benefit tiers for teachers depending on when they were hired. Alaska's benefit tiers can be found here.

Should a teacher leave the classroom or the state after 3 years, she would take all of her own contributions and 50 percent of what was contributed by her employer. This leads to another important element of Alaska's DC plan: it is fully portable. This means that teachers who leave Alaska to teach in another state can bring all their retirement funds with them. Teachers enrolled in a pension plan cannot do this, which likely results in much lower retirement earnings over their career if they move across state lines.

How Were Teacher Pensions Calculated in Alaska Prior to 2006?

Pension wealth is derived from a formula. The figure below illustrates how a teacher pension is calculated in Alaska. It is important to note, however, that the state assesses an educator’s final salary based on their highest average 3 consecutive years of salary. For example, a teacher who works for 25 years with a final average salary of $70,000 would be eligible for an annual pension benefit worth 62.5 percent of their final salary.

Who Qualifies for a Teacher Pension in Alaska?

Like most states, teachers need to serve a number of years before qualifying for a pension. For teachers in the pension plan, Alaska imposed an 8-year vesting period. While educators qualify for a pension after 8 years of service, the pension may not be worth all that much. Moreover, educators can’t begin to collect it until they hit the state’s retirement age. The state sets specific windows when teachers can retire with benefits based on age and years of experience. Teachers participating in Alaska's pension system and hired before 1990 can retire at age 55. Teachers participating in the pension systema and hired after 1990 can retire at age 60.

Additionally, Alaska allows early retirement up to five years early, but teachers taking that option can expect their benefits to be reduced.

How Much Does Alaska's Teacher Pension Plan Cost?

Finally, in Alaska, as with most states, teacher pensions are not portable. This means that if a teacher leaves Alaska's TRS system, they can’t take their benefits with them, even if they continue working in the teaching profession. As a result, someone who leaves teaching or who moves across state lines might have two pensions, but the sum of those two pensions is likely to be worth less than if they remained in one system for their entire career. In other words, the lack of benefit portability will hurt the long-term retirement savings of any educator who leaves teaching altogether or who crosses state lines to work in another state.

As with most state pension funds, Alaska’s teacher retirement system provides the greatest benefits to teachers who stay the longest, while leaving everyone else with inadequate benefits. With that in mind, current teachers in Alaska enrolled in the pension fund should think carefully about their career plans and how they interact with the state's retirement plan.

The "You Can't Get There From Here!" Argument on Teacher Pensions

August 27, 2019
A clever rhetorical trick distracts us from questions about whether current teacher pension plans are any good for their members.
Read more

What Happens When a State Gets Rid of Its Teacher Pension Plan? Evidence from Alaska

February 28, 2019
Alaska’s 2005 teacher pension system reform legislation provides a unique opportunity to examine what happens when a state closes its teacher pension plan. We’ve collected pre and post reform data to examine teacher workforce impact in the wake of retirement plan changes. While it is important to note that these trends should not be interpreted as causal, we feel there are meaningful takeaways all the same.
Read more
Last updated: October 20, 2020