Unions Praise Social Security, But Like Pensions Even More 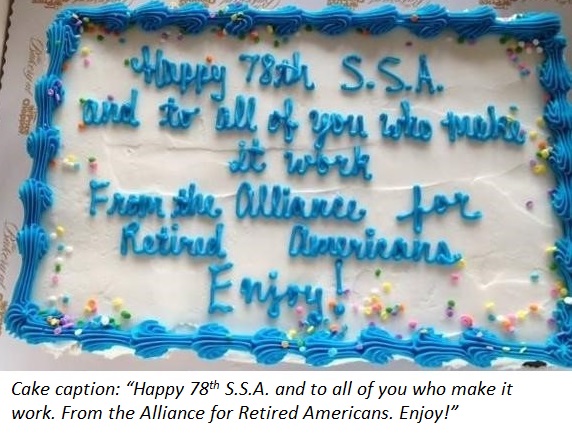 Public sector unions praise Social Security. Except they don’t want it for all of their workers.

The National Education Association describes Social Security as the “cornerstone of economic security,” and Randi Weingarten, President of the American Federation of Teachers, describes it as “the healthiest part of our retirement system, keep[ing] tens of millions of seniors out of poverty [which] could help even more if it were expanded.” Last year, the Alliance of Retired Workers, an affiliate of the American Federation of State, County and Municipal Employees (AFSCME) even made the Social Security Administration a blue and white frosted birthday cake for its 78th anniversary.

We’ll have more to say on this topic in the coming months.