Empirical Proof on the Politics of Pensions

Pension benefit increases were a painless way for politicians from both parties to provide something tangible to powerful interest groups without having to pay the costs immediately. A recent report provides empirical evidence to support this theory.

"The Politics of Pensions" by Sarah Anzia and Terry Moe compiles a unique data set looking at the politics surrounding pension legislation. By tracking pension legislation, partisanship, and media coverage from 1999 – 2011, the authors show that a dramatic shift in pension politics occurred before and after the recent recession. 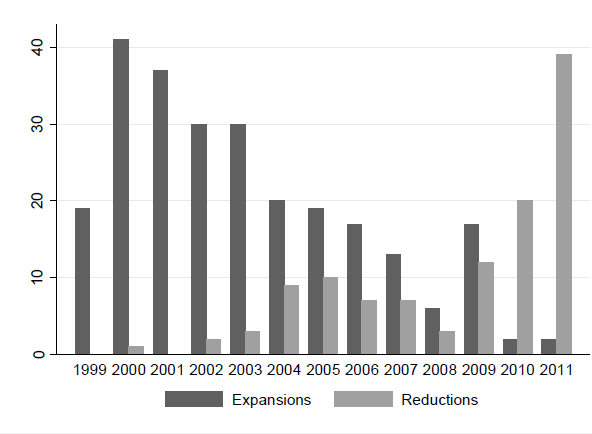 Pension legislation was primarily bipartisan up until the recent recession. Increasing benefits was a way for Democrats to respond to public sector constituents, and Republicans could support it as an issue that had little voter opposition. Before 2009, Republicans supported pension increases 92 percent of the time and Democrats supported benefit increases 97 percent of the time. After the recession, however, the politics on pensions changed sharply, and politicians increasingly voted along party lines. From 1999 to 2008, few pension bills were decided along party lines; of the bills passed in 2001, only 2 percent were decided along partisan lines by party unity votes. In 2011, party unity votes rose to 42 percent. 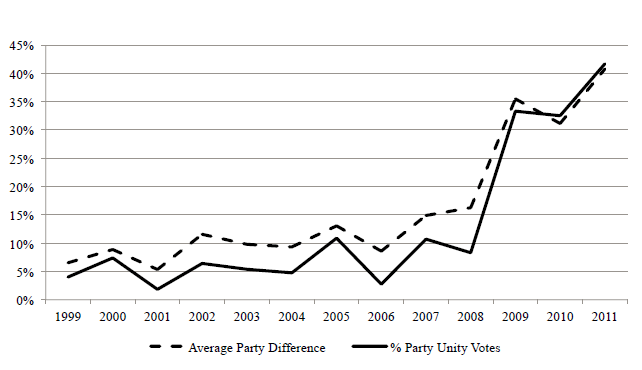 Apart from pension beneficiaries, most voters weren’t aware of pension issues before the recession. The authors track the number of news clips related to state and local pensions using the New York Times as a proxy for media coverage. Before 2009, the media rarely covered pension issues. After 2009, however, the number of public pension news stories covered by the New York Times doubled. As seen in the graph below, the uptick in new stories happens at the same as the spike in partisanship in 2010. 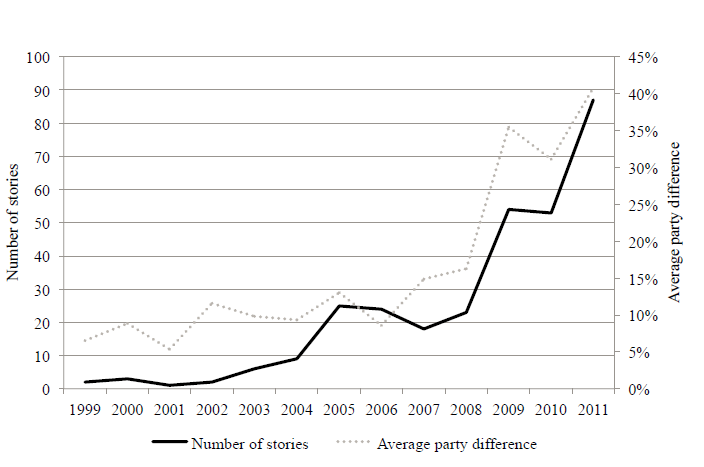 We traditionally see Democrats as supporters of public worker groups and Republicans as the antagonists striving to keep fiscal costs down. But before the recession, politicians on both sides of the aisle used pensions as an easy promise without consequences. Once states faced tough budget choices, then, the politics around pension legislation became increasingly partisan.