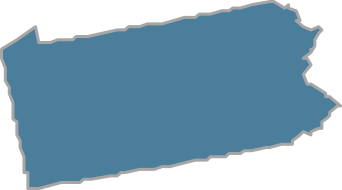 How Does Teacher Retirement Work in Pennsylvania?

In Pennsylvania, teachers are a part of the Pennsylvania Public School Employees' Retirement System. The system was established in 1917 and is the largest public retirement system in the state.

But unlike in most states, new teachers in Pennsylvania are given a choice over their retirement plan.

By default, new teachers are enrolled in a hybrid plan, which combines elements of both a defined benefit (DB) pension plan and a defined contribution (DC) plan. However, new hires can elect to enroll instead in the the state's standalone DC plan. Teachers who began their career in the state prior to 2011 are enrolled in the state's traditional pension system.

Both the DB plan and the hybrid plans rely on formulas to determine a teacher's retirement benefit. The basic structure of Pennsylvania's teacher defined benefit (DB) pension is similar to that of other states. Unlike other retirement funds, a teacher’s contributions and those made on their behalf by the state or school district do not determine the value of the pension at retirement. Although those contributions are invested in the market, a teacher’s pension wealth is not derived from the returns on those investments. Instead, it is determined by a formula based on their years of experience and final salary.

Finally, most states, including Pennsylvania, have adopted multiple benefit tiers for teachers depending on when they were hired. In Pennsylvania they are called classes. The class a teacher is in determines both the type of plan and a few important aspects of how the benefit provisions work. Pennsylvania's benefit classes can be found here.

How Does Pennsylvania's DC Plan Work?

This leads to another important element of Pennsylvania's DC plan: it is fully portable. This means that teachers who leaves Pennsylvania to teach in another state can bring all their vested retirement funds with them. Neither a pension nor the DB component of a hybrid plan is portable, which likely results in lower retirement earnings over their career if they move across state lines.

How Do Pennsylvania's Hybrid Plans Work?

Teachers in either class T-G or T-H are enrolled in one of the state's hybrid plans. As mentioned above, a hybrid plan includes both a DB and a DC component. The parameters, such as contribution rates, vary by class. Teachers in Class T-G contribute 2.75 percent of their salary annually to their DC plan and their employers provides an additional 2.25 percent. A teacher's DB contribution is 5.5 percent of salary. Teachers in T-H contribute 3 percent of their salary annually to the DC plan and their employer provides an additional 2 percent. Their DB contribution is 4.5 percent of salary. The formula to calculate the value of a teacher's DB is detailed in the section below.

Teachers in either the T-G or T-H plan vest in the DB plan after 10 years of service. This means that a teacher is eligible for a pension after 10 years. A teacher vests in the DC plan after 3 years of service. In other words, if a teacher leaves the classroom or the state after 5 years, they are able to take with them their entire DC retirement account, but only their personal contributions to the DB fund. Should a teacher leave Pennslyvania after more than 10 years to go teach in another state, their entire DC plan -- employee and employer contributions -- is portable and can come with them and be rolled over into a similar plan. For the pension fund component, a vested teacher leaving the system could either either withdraw their pension contributions or leave them and wait to collect a pension benefit when they reach the state's normal retirement age.

How Are Pennsylvania's DB Benefits Calculated?

Pension wealth is derived from a formula. The figure below illustrates how a teacher pension is calculated in Pennsylvania for the state's pension fund and for its hybrid plans. It is important to note, however, that the state assesses an educator’s final salary differently depending on a teacher's class. The final average salary for teachers enrolled in a hybrid plan (Classes T-G and T-H) is based on the average of their 5 highest years of salary. The final average salary for teachers in all other Classes is based on the average of their 3 highest salaries. The multiplier used in the formula also depends on a teacher's Class. For example, a  Class T-F teacher participating solely in the pension fun, who works for 25 years with a final average salary of $70,000 would be eligible for an annual pension benefit worth 62.5 percent of their final salary.

Who Qualifies for a DB Benefit in Pennsylvania?

Like most states, teachers need to serve a number of years before qualifying for a pension. Pennsylvania has a 10 year vesting period. While educators qualify for a pension after 10 years of service, the pension may not be worth all that much. Moreover, educators can’t begin to collect it until they hit the state’s retirement age.

Additionally, Pennsylvania allows early retirement for teachers at any age once they have accrued at least 10 years of service, but teachers taking that option have their benefits reduced based on their years of experience and how early they are retiring.

How Much Does Pennsylvania's Teacher Pension Plan Cost?

Pennsylvania's pension plan and the DB component of its hybrid plans are not portable. This means that if a teacher leaves the PPSERS system, they can’t take their benefits with them, even if they continue working in the teaching profession in another state. As a result, someone who leaves teaching or who moves across state lines might have two pensions, but the sum of those two pensions is likely to be worth less than if they remained in one system for their entire career.

As with most state pension funds, Pennsylvania's teacher pension system and the DB component of its hybrid plans provide the greatest benefits to teachers who stay the longest, while leaving everyone else with inadequate benefits. With that in mind, new and current teachers in Pennsylvania should think carefully about their career plans and how they interact with the state's retirement plan.

November 28, 2017
After zooming out and looking across the full working career, it becomes clearer that a portable benefit plan would be better for most teachers.
Read more