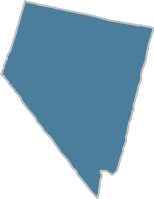 How Do Teacher Pensions Work in Nevada?

In Nevada, teachers are a part of the Nevada Public Employees' Retirement System, which includes not only teachers but all state employees. The NVPERS was established in 1947.

The basic structure of Nevada’s teacher defined benefit (DB) pension is similar to that of other states. Unlike other retirement funds, a teacher’s contributions and those made on their behalf by the state or school district do not determine the value of the pension at retirement. Although those contributions are invested in the market, and often managed by private equity and hedge funds, a teacher’s pension wealth is not derived from the returns on those investments. Instead, it is determined by a formula based on their years of experience and final salary.

How Are Teacher Pensions Calculated in Nevada?

Pension wealth is derived from a formula. The figure below illustrates how a teacher pension is calculated in Nevada. It is important to note, however, that the state assesses an educator’s final salary based on their highest average 36 consecutive months of salary. For example, a teacher who works for 25 years with a final average salary of $70,000 would be eligible for an annual pension benefit worth 56 percent of their final salary.

Who Qualifies for a Teacher Pension in Nevada?

Like most states, teachers need to serve a number of years before qualifying for a pension. Nevada has a 5 year vesting period. While educators qualify for a pension after 5 years of service, the pension may not be worth all that much. Moreover, educators can’t begin to collect it until they hit the state’s retirement age.

The state sets specific windows when teachers can retire with benefits based on age and years of experience. New teachers starting out in Nevada can retire:

Additionally, Nevada allows early retirement, but subtracts 6 percent from the monthly benefit for each early year.

How Much Does Nevada's Teacher Pension Plan Cost?

Finally, in Nevada, as with most states, teacher pensions are not portable. This means that if a teacher leaves the NVPERS system, they can’t take their benefits with them, even if they continue working in the teaching profession. As a result, someone who leaves teaching or who moves across state lines might have two pensions, but the sum of those two pensions is likely to be worth less than if they remained in one system for their entire career. In other words, the lack of benefit portability will hurt the long-term retirement savings of any educator who leaves teaching altogether or who crosses state lines to work in another state.

As with most state pension funds, Nevada’s teacher retirement system provides the greatest benefits to teachers who stay the longest, while leaving everyone else with inadequate benefits. With that in mind, new and current teachers in Nevada should think carefully about their career plans and how they interact with the state's retirement plan.

The Wage Gap Persists: Teachers, Pensions, and Women in the Workforce

Statewide defined benefit pension plans, which today serve 90 percent of public school teachers, were originally justified on the grounds that pension plans were ideally suited to the needs of long-term female employees. They had all-or-nothing provisions such that a 19-year veteran got nothing, but a 20-year veteran earned a comfortable, although certainly not lucrative, retirement. Over time, teacher pension plans have improved somewhat, but they are still heavily tilted toward long-term employees.

Women in the Education Workforce: The Impact of State Teacher Pension Systems on Women’s Retirement

Most educators are women, and yet male educators outearn women in terms of annual salaries and retirement benefits. Given that school districts typically operate with uniform salary schedules that, on their face, appear neutral, it may be surprising to see gaps emerge along gender and racial lines. Yet, our two new reports show that uniform salary schedules are not sufficient to ensure gender and racial equity. In fact, there are salary inequities that have serious consequences beyond their regular paychecks — they also translate to lower retirement benefits.