Years of irresponsible budgeting practices have left the Teachers’ Retirement System of Louisiana (TRSL) almost $12 billion in debt. Without significant reforms, Louisiana’s pension problems are likely to get worse, with further negative consequences for workers and schools. 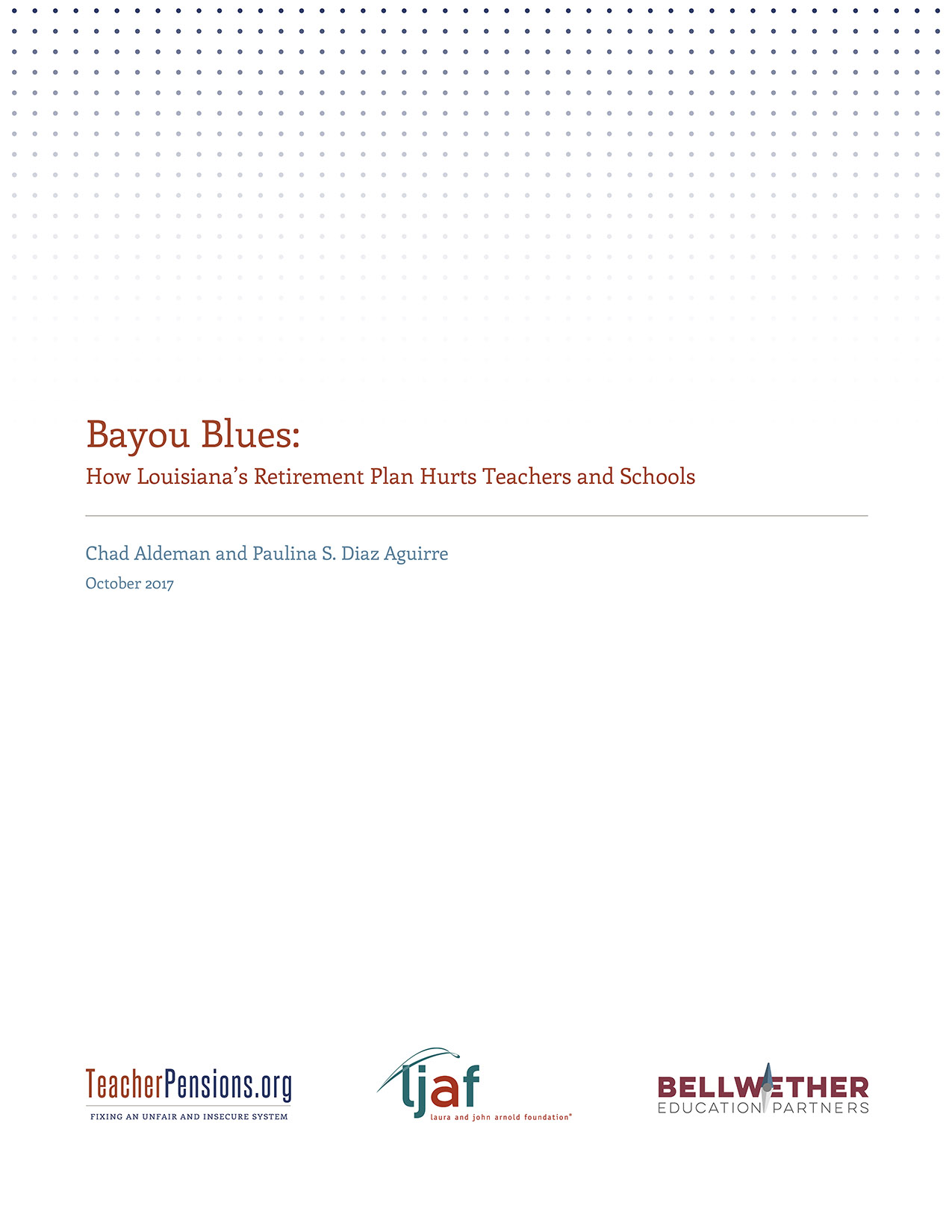 In our new report, “Bayou Blues: How Louisiana’s Retirement Plan Hurts Teachers and Schools,” we show that schools participating in the TRSL already must contribute more than 30 percent of each teacher’s salary toward the state pension plan. The vast majority of this contribution goes toward paying down debt, not for benefits for current workers. As debt has grown, many communities have been forced to make difficult choices between raising taxes, reducing teachers’ salaries and benefits, or making cuts to school-based programs such as art, music, and foreign languages — all of which affect the quality of education. The state’s school districts have already made noticeable cuts to their expenditures on instructional programs, textbooks and other school supplies, and special education services.

In addition to its high costs, the plan also doesn’t deliver adequate retirement benefits for all teachers. According to the state’s own actuarial estimates, nearly half of all new teachers will not qualify for a pension at all because they will change careers or move before meeting the plan’s five-year vesting requirements. Due to the back-loaded nature of the plan’s benefit formula, just one percent of teachers will stay in the classroom long enough to earn the maximum retirement benefit.

Moreover, Louisiana is one of 15 states that has chosen not to offer Social Security coverage to its teachers, leaving them solely dependent on their state pension. After accounting for their lack of Social Security, the average Louisiana teacher receives total retirement benefits that are far worse than what they might receive in other states or in the private sector.

The issues with the Louisiana’s pension system stem from years of irresponsible budgeting practices. Louisiana state policymakers — not educators — are responsible for the system’s large and growing unfunded liabilities, but today’s teachers are the ones paying the price for politicians’ past mistakes.

Although the state has committed to making meaningful improvements to its public school system, the lingering pension debt could jeopardize those gains. The good news is that it’s not too late to fix the problems, and there are solutions that Louisiana could adopt or expand to help improve the financial stability of the pension system and offer all teachers a path to a secure retirement.

Though Louisiana’s pension challenges are significant, they are not insurmountable. However, state leaders must take action now to keep the problem from escalating into a full-scale financial crisis. By taking steps to reform its teacher pension plan as well as its funding policy, Louisiana can make meaningful improvements in the quality of education and in the financial health and security of its communities.